Skip to content
📦 Free 2 Day Shipping On All Car Stereos Every vehicle has an amplifier of some sort, but most aren’t external. The vast majority of these amps are built into head units, and they typically aren’t much to write home about. If you’ve ever cranked up the volume on the stereo and noticed a lot of distortion, one of the main culprits is an under powered, built-in amp. The power-handling characteristics of your speakers also come into play, but a good amp can do wonders even in a stock setup.

If you’re looking to upgrade an existing amp or install a brand-new one, be sure to pay attention to these three main factors:

Amplifiers are available in a number of different configurations, and the right number of channels depends on how many speakers you have in your sound system. In general, you need one channel for each speaker that you want to amplify. If you’re adding a subwoofer to an existing system, then a single channel amplifier will get the job done.

Units that have two, four, or six channels are more versatile. You can use a two-channel amp to power two woofers or two coaxial speakers, or you can bridge it
to run a single sub or use it to power two sets of coaxial speakers. If you just want to add a subwoofer and provide more power to your rear full-range speakers, then a four-channel amp will probably do the job. In that case, you can run each full-range speaker off its own channel, and then bridge the other two to power the sub. On the other hand, you could power all four coaxial speakers off the same amp, and then install a separate mono amp for the subwoofer.
Component systems can be more complicated, and you may end up needing more than one amplifier, external crossovers, and other components.

If you want to get the best sound out of your car stereo, it’s vital that you don’t underpower your speakers. That’s why a lot of people pick out speakers first and then find an amp with enough juice to power them. If you’re just working with your factory speakers, you still should find the RMS (root mean square) value and then choose an amp that’s capable of putting out at least 75 percent to 150 percent of that number.

Power is also a concern if you’re looking to run a sub off the same amp that you’re using to drive your speakers. Bridging two channels of a multi-channel amp may provide enough power to run a sub, but it isn’t ideal in every situation. If the amp can’t match your specific power needs needs, then you’re better off looking for a separate mono amplifier that is capable of doing the job.

If you’re building your audio system from the ground up, then there’s no question about it: Buy a head unit that has preamp outlets and an amplifier that has line-level inputs. By providing an unamplified signal to the amp, you’ll end up with the clearest sound possible.

Most factory head units and many aftermarket units don’t have preamp outputs. If you’re working with an existing head unit that falls into that category, then you need an amp that has speaker-level inputs. This still will result in better sound than you’d get without the external amp, and it will save you from having to mess around with additional wiring or adapters.

Now if all of this sounds completely foreign to you, no worries. That's what we are here for. Contact one of our 6 locations and one of our professionals will be able to set up a sound package that sure to blow your mind and NOT your speakers!

A short sentence describing what someone will receive by subscribing

Let customers speak for us

Great beat hard in my bmw 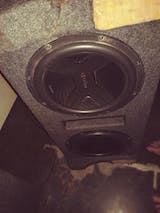 I have a 2015 F-150 super crew, and was in need of replacing the lousy Tesla screen that the last owner put in, invested money into this kenwood, and it hasn’t given me hardly any issues! Worth the price! I’ll be getting a reverse camera installed soon enough. Thank you freeman’s car stereo, you saved me from the pain of the lousy aftermarket Tesla screens! 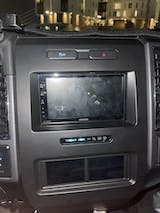 Jk, but seriously if you’re looking for a top notch speaker upgrade. These are the ones to get. Price is right, quality is top notch. For the price. It’s a Win for sure